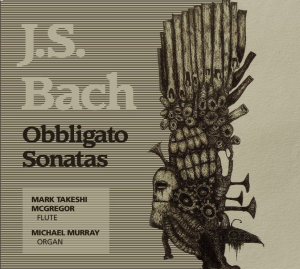 As a classical musician, it’s not uncommon to get asked the question, “Who is your favourite composer?” On one level, it’s a bit of a silly question; like anyone, I have moods, circumstances, and environments that are in constant flux — and when any of these things change, my “inner soundtrack” changes with it. Am I feeling hedonistic? Savage, even? Then the Rite of Spring is the most perfect piece in the world; if I’ve had a couple glasses of wine and am even the least bit maudlin, Brahms’ Symphony No. 4 is the ideal sonic compliment; when I’m searching for beauty that lies outside socially accepted norms, George Crumb and Salvatore Sciarrino are my go-to composers. It would be absurd for me to choose just one. But what can I say, I’m a sucker for lists. It may even be one of our great, tragic, universal flaws as human beings: this bizarre need to quantify the value of those things which should never be compared to one another. But, for better or worse, I know that when I’m confronted with that question — “Who is your favourite composer?” — I do indeed have an answer. And weirdly, it is the exact same response given by many, many other people, musicians and music lovers alike: my favourite composer is Johann Sebastian Bach. Why? Well, I’d say it’s because I can’t think of another composer who so perfectly balances the cerebral and the visceral.

I’ve been in love with the flute sonatas of J.S. Bach since I was a kid. For someone of my upbringing this is somewhat unusual: I was raised in suburbia listening to Top 40. Classical music had almost no impact on my life beyond weekly band practice. But around the age of 15, I discovered the Bach b-minor sonata on a cassette tape, performed by Jean-Pierre Rampal and Robert Veyron-Lacroix, and I was enthralled. Seriously, I listened to it over and over again until I wore the tape out. I even learned the first movement of the B minor sonata, before realizing how incredibly difficult and complex a piece it is. And since then, I’ve performed all of the sonatas several times over, while the Partita in A minor is a piece I regard as one of the most significant works in the flute’s repertoire. And of course, there are those pieces that are not only regarded as some of Bach’s finest output, but also some of the most profound and moving works of art ever created: the Mass in B minor and the St. John and St. Matthew Passions — all of which I’ve been so fortunate to have played over the years.

In August 2011, organist Michael Murray and I set about to record the obbligato sonatas for flute and organ — that is, those sonatas for which Bach composed the entire keyboard part (as opposed to his basso continuo sonatas, where a bass line is provided but the right hand treble part is essentially left to the keyboardist’s imagination). These sonatas have been plagued by controversy: recent scholarship suggests that the sonatas in G minor and E-flat major were not written by J.S. Bach, but rather his son, Carl Philip Emmanuel. As well, the A major sonata comes to us with a substantial chunk of its first movement missing; for this recording we asked the Canadian composer Christopher Kovarik to provide a new reconstruction for these absent measures.  The pairing of flute and organ is admittedly unusual — being secular works, these sonatas were almost certainly performed with harpsichord. However, given that Bach’s first love was the organ, it’s not unlikely that he heard the keyboard part with this instrument in mind. The result is a wonderfully homogenous sound that supports the flute perfectly in moments of delicacy and brings depth and profundity to the most powerful climaxes. And besides, Michael and I have played together for years (and we’re good friends to boot), so it seemed like a logical pairing. For three days we recorded four sonatas, one flute partita and one organ fugue under the supervision of two amazing artists: our producer, Liz Hamel and our recording technician, Don Harder — their guidance and support was invaluable. Thanks also go to our designer, Simon Butler at Thinksavvy Designs, for providing us such beautiful packaging; to Jay Martiniuk for his skills behind the camera; and to Dave Pay and Brian Laberge for hosting an impromptu wrap party on our final day of recording (two years later we still talk about it). But it must be said that *none* of this would ever have begun if it wasn’t for the enormous support we received from our friends, family, and arts lovers throughout the community. Over the summer of 2011 Michael and I launched an Indiegogo campaign, and the response was overwhelming. We’re indebted to the following people for their tremendous support, and for helping us fill the world with just a little bit more music:

And one anonymous donor

We’re extremely pleased with the final product and encourage you to listen to the second movement of the B minor sonata below. If you’re interested in purchasing a copy of the album, please contact Mark McGregor at marktmcgregor@yahoo.ca.