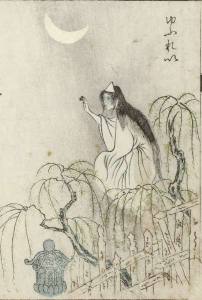 I’m going to let you all in on a secret: for the last million years I’ve been a student of the Doctor of Musical Arts programme at the University of British Columbia. In fact, I’ve taken so long to complete this degree, some of my friends have assumed that I’ve long since finished. Alas, such is not the case. Back in the Mesozoic Era, when I was an undergrad at UBC, I remember joking with others about these wraith-like figures you’d occasionally see stalking the halls of the School of Music — “There’s one of the doctoral students,” we’d say, “God, look at him: he’s so old. Like, what is he, thirty or something?” I suppose it’s only poetic justice that I’ve since become one of those wraiths: shunning the daylight hours, sneaking into the Music Building after 9pm to use the library, avoiding eye contact with undergrads…

But all this is (supposedly) about to end: on Thursday, May 24, 8pm at the UBC School of Music, I’ll be presenting my final lecture-recital. The lecture component will focus on my thesis, “Of Instrumental Value: Flutist-Composer Collaboration in the Creation of New Music”. This document looks at the careers of three flutists who work/have worked extensively with composers: Severino Gazzelloni, Robert Aitken, and (gulp) me. The performance component will feature two works for solo flute: Sequenza I per flauto solo by Luciano Berio (written for Gazzelloni in 1958) and the premiere performance of Yūrei by the Canadian composer Jeffrey Ryan. For anyone not up to speed on their Japanese mythology, a yūrei is a ghost — and a rather unhappy one at that. Of the piece Ryan writes:

Yūrei are Japanese ghosts, spirits that for whatever reason have been kept from a peaceful afterlife. For centuries they have been a part of Japanese folklore, theatre and visual art, usually depicted dressed in the white burial kimono, with long black hair and without legs, seeming to float just above the ground. Traditionally, upon death, the soul (or “reikon”) awaits the proper burial rites, after which it joins its ancestors and protects the living family. However, if these rites do not take place, or if the soul is driven by powerful emotional conflicts, it can transform into a yūrei and can bridge the gap between the spirit and physical worlds.

Jeff’s piece explores a mind-boggling arsenal of extended techniques for the flute, and the overall effect is goose-pimplingly evocative. PLUS I get to recite Japanese poetry throughout the piece — how cool is that? My mother always joked that my Japanese accent was terrible, but I figure I’ve watched Kill Bill enough now to make my accent passable. I mean, if Uma Thurman and Lucy Liu can do it, so can I, right?

How I listen has changed this year: I’m wanting that risk-taking, vulnerability, and humanity more than ever, knowing that these things will often come at the expense of a “perfect performance.”
Final session with @kimiakoochakzadeh for her new piece for flute! And electronics! And piccolo! And, uh, balloon!
It’s slowly taking shape...